Ford's Future Vision: The Emergence of Auto as a Mobile App 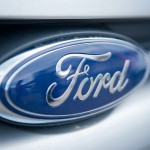 In an unlikely turn of events, venerable old guard Ford Motor Company is embracing the future. The company is talking about such interesting ideas as “transportation as a service,” collaborating and investing in technology, as well as R&D to avoid being left in the dust.

Companies with storied histories in old school industries have often struggled to keep up with fast moving, smaller and disruptive technology companies, or start-ups. Ford hopes to avoid this struggle. Bill Ford, president/ CEO and great-grandson of Henry Ford says, “We are now at a point where we are at the threshold of a series of revolutions. Those change(s) are going to happen with or without us. We'd like to have it happen with us.”

Mr. Ford sees the future of the automobile industry as a mash-up between services like Uber and Lyft and self-driving cars. His future is a place where few people own a car and simply order one using a smart phone app when they need it as a service. This could potentially have an effect on infrastructure as well, as fewer cars would need to be stored in home garages or parking lots. Instead, cars would be almost in constant motion.

Ford has recently established a R&D center in Silicon Valley, stepping up hiring of engineers, programmers, and other technology personnel. Ford has also experimented with using the automobile to help gather medical information on rural pregnant women in India, as well as mapping and data gathering in certain African countries.

You will likely remember a company called Eastman Kodak. This was a company that produced analog cameras, film and accessories for those cameras, as well as ran a successful chemical business (Eastman). The rise of digital cameras and the revolution of photography that accompanied it eventually forced the company into bankruptcy a few years after it spun of its Eastman Chemical business. While the company’s downfall wasn't entirely due to technology, it did have a strong impact on the company’s demise. Ford hopes they can avoid a similar fate with their early investments and forward thinking.

Even with all this talk of the future, Ford's sales remain at all-time high. Sales have been fueled by strength in demand for vehicles both domestically and overseas, especially for the best-selling Ford F-150 truck. Ford has climbed its way back from the dark days of the 2008-2009 recession, which saw competitor GM receiving a government bailout.

It remains to be seen if any of this talk and the company's efforts will bear fruit as the payoff may be years down the road. However, what is certain is that the company appears to be positioning itself for a strong future for years to come, not focusing on the short-term quarterly performance. Stay tuned for more exiting updates from Ford and other automakers, as the battleground for the future of transportation gets more crowded by the day.