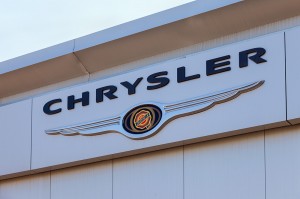 One of the most iconic car brands is Chrysler. It is an American giant of the industry. Here are some fun facts about the legendary automobile brand.

From early 20th century pioneer, to Detroit industrial behemoth, Chrysler has experienced many difficulties during its 90-year history. Facing financial collapse in 2009 amidst the credit crunch, America nearly lost one of its most important and enduring companies.

It was started by a man with humble beginnings

The company was founded by Walter Chrysler in 1925. He spent his early adulthood working in various parts of the country as a railroad mechanic. A quick-tempered young man, he was often in and out of jobs, struggling for many years before entering car manufacturing in 1911. Showing great skill in cutting production costs, Chrysler was brought on by Buick and then by General Motors before branching out on his own in 1928.

Chrysler is bigger than you think

As one of the big three automakers, Chrysler is a major global player. The Fiat Chrysler brand owns the Dodge and Jeep brands, as well as the Chrysler and Fiat divisions. It is the third largest automaker in the world, behind General Motors and Ford.

The amount of cars they sell will surprise you

In 2013, Chrysler sold 1.8 million cars. In 2009, they sold just half that amount, partly contributing to its financial collapse. Fortunately, things have turned around for this legendary company since then. Only GM, Ford and Toyota sell more vehicles than Chrysler does.

It lends its name to the Chrysler building

Without Chrysler, there would be no Chrysler building. Currently the third largest building in New York, this building was constructed in 1928 and is a masterpiece of Art Deco design. Built by Chrysler’s founder, Walter Chrysler, it was built to house his company’s operations.  It briefly stood as the world’s tallest building, until it was surpassed by the Empire State Building in 1929. Today, it remains an iconic part of the Manhattan skyline.

Chrysler made more than just cars…

During the Second World War, much of American industry was engaged in helping the war effort, including Chrysler. The company made radar antennas and engines for airplanes. It was this focus on the war that spawned an all-terrain military vehicle called the Jeep, which would go on to become an American classic. Chrysler would even go on to produce boosters for spacecraft.

Chrysler is deservedly a much-loved American industrial heavyweight. From cars to rocket engines, this legendary brand defined an era of innovation, industry and wealth, and, to this day, continues to be one of the world’s most important automobile manufacturers.